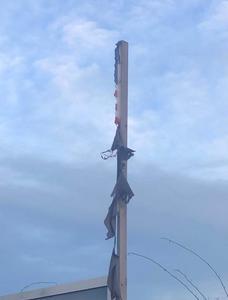 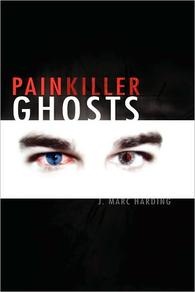 The greatest musician in the world (two dollars to his name) and I (three dollars to mine) cruising
through the city streets, dazed on highways slick with oil, gas, rain – wrong way down one
ways – praying inside for the light to stay green.

The greatest player in the world (sticking his hands deep into his jeans searching for that lost chord)
and I (looking under the old seats for lost coins) pull over, put resources together, buy $1.97
in smokes and $3.03 in gas, speed off, ignore the stop sign.  Pulled over on the way to the
piano store, frisked, searched, given a ticket, told to go, smile, and minutes later the
greatest guitarist in our nation gets caught pocketing a pack of strings for his acoustic, I
rescue as a mad animal singing out of tune scales, bail him out, crashing through the front
door, spilling glass, jumping into my car, off to the club, drinking soda, pouring in vodka
from hidden coat pockets, getting kicked out onto the street for underage.

The world’s greatest musician (flunking out of grade school) and I (hiding out in the library) recite cantos              to girls, woo them, lure them into our lockers, kicked into detention, scribble pointless           obscenities into desks.

My friend (the man who plays everything) and I (playing mind control with his girl friend) slip in a
movie, drink borrowed wine, puff pinched herb, turn down the volume, put in a c.d. and
dream all night, paralyzed.

He (who stole our friends’ clothes) and I (who stole our friends’ guitars) steal out of doors in the
night, rush through the streets, search unlocked cars, find keys in glove compartments,
drive off to where our girls are, talk them into drunken seduction, have our hair cut by sleepy
beauties in underwear under the first light of morning, listen to them badger us for taking
their money.

The greatest guitarist in the world (arrested for drunk underage) and I (arrested for trespassing) with our
loves, they in the front and we in the back, parking at the nearby college, smoking and smiling,

The best tuning ear in the world (crying to the streets) and I (toweling sweat off his forehead) sit
throwing rocks at his father’s bedroom window.  Early in the morning, waking up hung over in                   strange hallways, lying to our girlfriends, the world’s greatest musician and I sell our guitars,        pawn our amplifiers, drown downtown.

The greatest musician (kicking off shoes) and I (hiding my wallet) living basket case midnights, busting
into windows, stuffing sheet music down our pants, grabbing cash food silver uppers trumpets
washboards kazoos downers, moaning under the scarlet August dawn too damn wasted for
our own good but still driving, letting the wine make us fall in love with everything and everyone
we see.  Running down the dewy streets sweating alcohol, the two of chasing the morning
paper boy with shots of rum, dripping complaints, dropping insults, stubbing our toes on loose
gravel, flinging ourselves into an open window at six, we both lie to each other, we’re both in
love with the same girl, the same beauty, and she doesn’t mind, she loves us both but leaves
us both and I never saw her again, not after that morning, and my best friend, the most capable
singer in the world, never sought another key to sing songs to her in.

And for once I sang goodbye.  And for once the world’s greatest musician was still and quiet, and
remained so.
The world’s hopeless musician (wasted on his bed) and I (letting the wall hold me up) dialing repeatedly
into the cordless phone, making emergency SOS three a.m. calls to the west only to be hung
up on.  He and I, stealing batteries from each other, punch each other over stolen bottles,
stolen songs, roll around in the snow, red from busted noses.

He (diminished ending) and I (minor key) disappear into smoky basements, bury ourselves in trunks,
rolling across the floor trapped in blankets, he’s getting splinters in fingers that are the world’s
most talented flesh.

And now I can’t breathe, I’ve sold that car we used to cruise in.  And now he can’t create, his fingers
can’t play because those splinters ate them all away.

The world’s lost musician (bigger) and I (skinnier) lurking in his basement after not seeing each other for
two years, he warm beer, me cold liquor, his tom-cat playing with dead crickets, aspirin bottles
on the bookcase, the greatest musician in the world and I gave up everything for our songs,
which then disappeared along with everything we threw out.

The musician (two sandals) and I (two sneakers) are walking alone, each trying to find parts of that song
to play.

Without background music, we turn directions and part company.  Without a hand shake, we both move
away, we never exchange new numbers, we never tune up our guitars anymore.

The facts about intimacy:
It took months to realize that I was not
at fault.  This epiphany occurred right
after I cut my hair: it was dark outside,
and I had just fed the dog, the one
that used to be ours.  I bet you were
shaving you legs, thinking about your
television shows, or dreaming of
bench pressing twice my weight.

It was through poetry that we met
and that’s odd, because I knew
that whatever I wrote, you’d hate.

The facts about love:
When the phone rang last night
Your voice was the last one
that I was expecting to hear.
You phoned from the west coast
at 8:15 there and 11:15 here and
we were both sober, and nervous.
The last time I saw you, you
tried to hit me, but instead, somehow
I got you to kiss me, and then I
got you to go home, alone, and
I got in bed, alone, and smiled,
imagining you were on top of me again,
shy, but anxious.
I’m alone when the phone rings,
it’s been three and a half years
since I’ve heard your voice,
but I recognize it immediately, even sober,
while wishing I weren’t.
You say I sound different.
You say you haven’t changed since you moved,
but I don’t think that’s true.
I’m sweating; it sounds like you’re smoking.
I ask about your mother (although I didn’t care),
and ask about your brother (although he wouldn’t care),
but I don’t ask about the right question about you.
We carefully sidestepped meaningful
conversation, and for half an hour,
my new, sober east coast voice
listened to your old, nervous west
coast voice.  You always did like the
poetry I used to write for you.

The facts about betrayal:
The one time you really talked dirty
to me we were in a tent, drunk,
near Key West, and some neo hippies
began singing a song you hated, and I
almost ran out of the tent, naked, to
splinter their guitars over their heads.

The facts about h.i.v. testing:
Years ago, when we told your mother what
we had had to do, she dropped her coffee mug,
said ‘oh god you didn’t have to tell me that’ and
bent down to clean up her coffee, sober and jittery,
and we headed down the hall, clean and free.

The facts about interpretation:
You sent me a letter in the mail
after years of silence.
I read it more times than I needed to,
and read into it more than I should have,
and then got rid of it, but I was never quite sure
what you wrote between the lines.

The facts about memory:
I thought about you, about how
it felt really nice with you here,
months ago, years ago, whenever,
and it still feels pretty good now,
without you.
I’ve kind of forgotten what you
look like, but you always smelled
like smoke and sweat.

I guess the smell of my cheap
shampoo somehow reminds me of you, nude.
You still look pretty good, I’d bet. But I
always did hate the poetry you loved.

The facts about selective recollection:
This is what she used to do:
She told me to go
before she began to throw things
at me.  Then she ran to my car
in socked feet, over gravel and glass,
and threw herself into my front seat,
upset.
She cursed me as I left, without her.

This is what she used to say:
She told me about the man who was her soul mate.
She told me about a man who was the love of her life.
Then she’d tell me that I was neither of these men.
One was living in Connecticut; one was living in New Hampshire;
But I was suffering in Virginia.
Over and over she told me,
and I could never understand why she
thought that I might forget.
She told me that she wanted to be friends
as she lay next to me on her messy bed
wearing only a bra and someone else’s ring.
She told me to move out, that I couldn’t
live there anymore, as I leaned
against the bathroom sink, making eye contact
and watching her shower.
She said that she wanted to be lovers,
but not friends, as she backed away from the bed,
not letting my eager hands get near her.

The facts about contraceptives:
She and I used to tear up the
town and tear up the bed and
tear the hell out of each other.

The facts about lies:
I think about you, but never speak about you.

The facts about lies (II):
I did everything
I denied
doing.

The facts about my uninvited guests:
She came over last night and
gave me the crown for being
‘the shadiest _____________’
that she has ever slept with.

The facts about my manic fits:
After I moved back here I stayed
on the sofa for a season and
stared at the cracked ceiling, got
fired from my jobs, watched the roly-poly
bugs gather and die on my ugly yellow carpet.
At least now I’ve got a libido again and a
broom to get up all those dead bugs with,
and I painted the ceiling and washed the
filthy dog, and I think I’ll shave and throw
out all of my shitty clothes.  Tomorrow.
Maybe.

The facts about nudity:
I still wear a pair of pants that you bought
for your first fiancée, but gave to me instead.
They used to be tight, but
I have to wear a belt now because
I lost weight torturing you
for all those months.

The facts about celibacy:
She takes me.
Over. And over.
She hates me, over and over.
And it’s over: over and out.

The facts about infidelity:
I would never erase
those months I spent
thinking that I was content
to never be with anyone
else ever again.

The facts about attachment:
I would hide from you behind
a locked door.  She could slice
me down with a single word.

When I’d tell her to leave:
The fact is that I never wanted her to knock
on my door again.  But she did, drunk and relaxed.
I was lying when I told her I never
wanted to see her again; I wanted her to believe it;
I still wanted her.

The facts about adoration:
Now, there are only bad memories of one
While only colorful flashes of joy from the other.

We’re scattered now, sober sometimes,
nervous other times, and we’re left alone
with nothing but the memories
of each other, of her hands,
as she’d slap me, kiss me and kick me,
and then disappear forever.  The phone
sits there mutely, as I sit here, sober and anxious,
thinking maybe, just maybe, I was at fault.
Maybe.

The facts about the future:
None of this bothers me now,
and that’s a lie